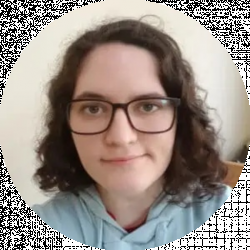 Alex Scowen
Born to a pair of proud nerds, Alex has been an avid fan of everything from video games to books to anime since early childhood. You'd be hard-pressed to find her without a book or a controller in hand, and if so, she's probably at the computer typing out what she hopes will be the next best-seller. Having started with a baby's first PS2, complete with a custom pink controller, she's evolved into a fully-fledged nerd with a collection of gaming titles, including The Legend of Zelda, Persona, and Fire Emblem, and a boasts a manga library of well over 200 volumes.

Pieces of heart are found in the following ways:

This is the case in most mainline Legend of Zelda games, but there are exceptions. Pieces of Heart weren’t introduced to the series until A Link to the Past, so previous games only had standard health upgrades.  The most important exception is Breath of the Wild, where the player collects Spirit Orbs from completing shrines and exchanges those for Heart Containers instead.

How to Find Pieces of Heart

Pieces of heart are used as rewards for exploration and engagement with different aspects of the games, encouraging the player to explore everything on offer. The number of pieces of heart to collect varies with each title. However, the ways they are distributed and the methods for acquiring them break down into four main categories:

Zelda installments usually have a handful of minigames to play. In most cases, the reward for excelling at a minigame is a piece of heart. There are so many minigames throughout the Legend of Zelda franchise that it would be silly to list them all, but here are a couple of examples:

Many quest lines throughout Zelda games will reward you with a piece of heart. This often consists of bringing an NPC certain items, doing chores for them, or solving other problems.

Sometimes, this category will overlap with the next one, as completing a quest may grant you access to a piece of heart rather than being the literal reward. Such is the case with Business Scrub Scramble in Majora’s Mask.

The vast majority of pieces of heart will be lying about the world, waiting for you to find them or figure out how to reach them. In the first area of Skyward Sword, you can see a piece of heart sitting high up on a tree branch. But you’ll be unable to get it until you return to the area with new items from other parts of the game.

Ocarina of Time and Majora’s Mask do this a lot, putting pieces of heart in plain sight or inside of Grottos, hidden behind minibosses, and inviting you to explore and get creative with the game mechanics.

They’re Sometimes for Sale at Shops

All the later Zelda games will have at least one piece of heart just sitting on a shop shelf. Sometimes it’s a special hidden shop, like in Wind Waker, where you need Beedle’s map to find his rare goods store. And sometimes it’s just in the middle of town. Either way, it’s usually costly and requires a larger wallet.

Notably, you can buy one for auction in Wind Waker at the Windfall Island night auction. Here, the amount you pay for the piece of heart depends on how good you are at the minigame.

Heart Containers vs Pieces of Heart

The two health collectibles are also visually different. Both look like glass containers with red hearts inside but are designed to look complete or fragmented. A piece has a small red heart inside, suggesting one part of a whole, whereas a complete container looks full, with the red spreading to the edges.

Breath of the Wild

The notable exception to this pattern is Breath of the Wild, which added a new way to gain health — shrines.

Each time Link completes a shrine, the monk inhabiting it will present him with a spirit orb. Similarly to the other games, you need to collect four to gain a heart of health. However, uniquely you don’t have to redeem them for a heart container, but you can earn ‘stamina containers’ instead.

To cash them in, you must find a goddess statue. The goddess will then exchange the spirit orbs for the container of your choice. Goddess statues can be found in every town in the game, in the Temple of Time on the Great Plateau, and at the three goddess springs. There are 120 shrines in the game, and you can gain a maximum of 30 hearts of health.

However, keeping in line with previous games, you still gain a full heart container each time you complete a ‘dungeon’ (divine beast). There are only four of these, however.

Pieces of heart are a common but effective piece of game design that incentivizes the player to engage in a game’s fringe content. In Zelda, you have a world to save, but taking half an hour to play a minigame, being distracted by a hidden path, or even just fishing never feels like a waste of time. It’s never a waste to collect more health.

And while it deviates from the norm, Breath of the Wild uses the same mechanic to enhance the exploration of its vast world and make the franchise feel fresh again after decades of games.

How to Get More Hearts in Zelda: FAQs

Question: How Do You Heal Yourself in Zelda?

Answer: Most Zelda games let you regain health by drinking red potions. These can be bought from shops and stored in empty bottles. There are also unique healing items across the games, like Milk and Chateau Romani.
Fairies are special healing items that automatically revive you if you hit 0 health. In Breath of the Wild, health is instead restored through cooking and eating a wide variety of dishes.

Question: How Do You Gain Hearts in Breath of the Wild?

Answer: Unlike other Zelda games, Breath of the Wild requires you to collect spirit orbs in shrines to gain additional hearts. Four spirit orbs can be traded at goddess statues for heart or stamina containers.

Question: How many Hearts Can You Get in Zelda?

Answer: The heart maximum in Zelda games changes in each installment. It depends on how many pieces of heart are available to collect. For most games in the series, the maximum total is 20. Exceptions to this include Phantom Hourglass with 16, the original Link’s Awakening with 14, and Breath of the Wild with 30.