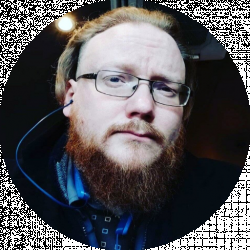 Jonny Mcfadden
Jonny can usually be found Taking down Ganon in BOTW, exploring the mean streets of Kamurocho in Yakuza, or even winning the odd Wrestling Championship title belt. Jonny started gaming way back on the NES (Megaman specifically) and still hasn’t stopped. When he doesn’t have a controller in his hands, he normally has dice rolling in his latest D&D session, or is painting some kind of Warhammer Miniature.

Zelda: Breath of the Wild took a new approach to the series and, as a result, became much more expansive than ever before. An interesting new feature is collecting monster parts which, in turn, can be used for a variety of purposes, including Upgrading Armor pieces, Recipes for Elixirs, Dying Armor parts, and even selling to a particular merchant. In this guide, we’re covering the Hinox Guts item, which, as distasteful as it may sound, is a useful item to gather for reasons previously mentioned. The item can be used to upgrade some particularly useful gear, as you will see below.

The item itself is, as the name suggests, the stomach of a Hinox, which are formidable giant cyclops dotted across the land of Hyrule. These lazy brutes tower over Link, are often found sleeping, and present quite the challenge when roused.

When they have been dispatched, they drop several items, among which is the chance to be the Hinox Guts. They are roughly spherical, yellow, and pulse slightly as they lie on the ground. Thankfully they are also quite large, so they can be difficult to miss. Once acquired, they can be used for the following tasks.

Armor parts in Breath of the Wild can be upgraded by the Great Fairies and require a selection of items to do so. These upgrades usually provide a boost to the defense the parts provide and occasionally an additional passive ability; see below for the parts that can be upgraded with the Hinox Guts and the items required.

Elixirs are used to boost Link’s stats and replenish health; these are made in a cooking pot by cooking a critter (small animal or creature such as a Lizard or Butterfly) with a monster part, which (depending on the critter used) provides a boon of some sort ranging from elemental resistance to additional health for a set period.

This might seem great and is among the highest duration increases available, but there are a multitude of other parts that give the same effect with much greater availability (Keese Eyeballs or Lizalfos tails, to name a few); I would recommend keeping the Hinox guts for the above armor upgrades, or if you’re in the market for something a little more exotic, the next section might interest you.

Selling to Kilton at Fang and Bone

Kilton is an interesting character; he appears with his shop, Fang and Bone, between 9 pm and 5 am in a variety of locations, usually near a settlement or town of some sort, and buys Monster Parts in exchange for his special currency, Mon. This currency, coincidentally, can also only be spent at Fang and Bone.

The shop sells all manner of oddities, including essence that increases the potency of meals, special weapons that (although they can be impractical, like a broom) pack a punch, and even masks that let you blend in with different monster types.

The Hinox Guts sell in this shop for 40 Mon, which is around the middle of the road for value, as selling prices for parts range from 3 Mon right up to 150 Mon for the rarest items.

My advice here would be to prioritize Armor upgrading; then, if you are aiming for completion (including all items), spending some time at the Fang and Bone can’t hurt. Plus, those masks are very handy in specific circumstances.

Hinox Guts can also be used to dye armor yellow at the Kochi Dye Shop in Hateno Village. This is a service that takes a variety of items, 20 rupees, and gives your armor a fresh new look. The items can be anything from food, critters, or monster parts.

Yellow is one of the more common dyes available, and there is a substantial range of items available that will result in this color. Among the most common are Zapshrooms, Yellow Lizalfos Tails, and Octorok Eyeballs.

I would not recommend using the Hinox guts for this activity, as the more common items are considerably easier to obtain and replace if needed.

Where to Find Them

So now that we know what the item does, where do we locate it? Well, friends, this is the tricky part. Hinox as a species is split into three subsets, Hinox, Blue Hinox, and Black Hinox. These increase in difficulty, respectively, from Hinox being the easiest to tackle, to Black Hinox being a major threat, even at the end of your journey.

There is also the Stalnox Undead variant, but these don’t drop the Guts item (skeletons tend not to have many organs), so we’ll not go into depth on these. The three living versions are sprinkled throughout Hyrule and, depending on how far you are into the game as a whole, can present boss-like challenges to those who go in unprepared. More on tactics later; for now, though; locations are below;

Now I’ve Found a Hinox. How do I get the Hinox Guts?

Simply slay the Hinox, and it will drop a variety of items; the Hinox Guts have a chance to spawn in this selection of dropped goodies.

This is easier said than done, as your first instinct understandably may be to run in the opposite direction should a Hinox attack you. As mentioned earlier, though, these creatures are the lazy type and will always be sleeping when you find them. You can approach stealthily here and get very close, even climbing onto their slumbering form if you so wish. You’ll notice that they have a necklace made of weapons. Usually, these are quite strong, so take the chance to restock if you’re running low on arms. Once ready to begin, deal damage, either via Melee striking or by shooting the sleeping giant.

I recommend coming to the fight armed with the best bow and arrows you can, as these weapons are key in slowing and stunning the monsters. Their eye, as you might have guessed, is a particularly vulnerable area, and shooting here will slow and even stun them, allowing you to set about their ankles and lower legs for several swipes. I also recommend two-handed weapons, as they have the highest damage output; you will want the extra stopping power with these opponents.

Stay agile, keep moving until you have them stunned and go for broke when you have an opportunity, but be wary of a little trick they like to pull occasionally. As you progress, you will see them start to wear wooden and metal leg armor. By the time you see this, you should have a range of elemental weapons, use Fire weapons on the wood, and Shock weapons on the metal.

I’d recommend arrows again if you have them, and avoid hitting this armor with any other type of weaponry as best as you can; this can sap your weapon durability rapidly and could leave you in a difficult spot if you haven’t brought enough options. Another point to be careful of is that the Blue and Black Hinox will cover their eye if you deal a lot of damage; this does obscure their vision, though, so take the opportunity to dive in for some quick damage.

Keep this up, and you should be able to put them down quite quickly, causing them to drop numerous items, including (all being well) the Hinox Guts.

Other Items of Interest

The Hinox variants all drop Hinox Teeth and Hinox Toenails, too, which are also used in the same way (Armor, Selling for Mon, Elixirs, and Dyes), as well as some potent weaponry if you didn’t take the opportunity to steal it before the fight. It’s also worth noting that the Stalnox (an undead variant that only appears after Midnight or during a Blood Moon) will only ever drop the Hinox Tooth.

This is a quest to reveal the hidden Tawa Jinn Shrine and can be initiated by examining a stone tablet between two flaming skull posts at Mount Taran. The Tablet reads the following;

The ancient orbs guarded by the giants of Mount Taran lead to the shrine.

This quest aims to destroy the three Hinox mentioned above, one of each color, and collect the ancient orb each of them holds. Once you have done so, you will be able to place the orbs on the pedestal at the tablet; this then reveals the shrine.

Question: I’m Struggling to Beat the Hinox I Have Found; any Tips?

Answer: The best I can advise is always keep moving out of their reach, target their eyes, and don’t be afraid to strike hard when you have the opportunity. Depending on how far you have progressed in the game, there is no shame in running and returning when you are much better equipped or have more protection.

Question: How on Earth do I Climb Them?

Answer: I’d suggest crouching, wearing stealthy gear (the Stealth Set acquired in Kakariko Village is ideal for this), and moving slowly up their arm or legs; keep trying, and you’ll get there.

Question: Can I Sell the Hinox Guts in a Normal Store?

Answer: Yes, you can and will net a fairly reasonable 80 Rupees per item sold, but I would strongly recommend avoiding this until you are certain you have no further need of them.

The Hinox Guts are essential to upgrade some of the most useful gear in the game, especially the Flamebreaker set. I would recommend prioritizing using any you collect for this purpose, then selling any additionals you may gather to Kilton. There are too many cheaper and more common options available to use for Elixirs and Dying armor sets, so unless you have a massive surplus of them, I would avoid using Guts for these purposes.