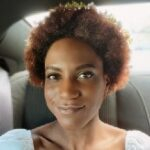 CaLea Johnson
CaLea has been gaming since she was a child. Now, she combines her love for gaming and writing by creating reviews, guides, and news stories about her favorite franchises! She spends the vast majority of her time freshening up her island in Animal Crossing: New Horizons. However, if she's in the mood for an RPG, the natural choice is Breath of the Wild!

The Legend of Zelda: Breath of the Wild took the world by storm with its impressive storyline, incredible graphics, beautiful musical scores, and straightforward controls. It even owns the 4th spot in the top 10 bestselling Nintendo Switch games!

Breath of Wild brings new, difficult enemies such as Lynels and Guardians. All enemies drop useful items. Guardians, in particular, drop valuable objects called Giant Ancient Cores, which come in handy for making special ancient equipment and armor. You can also find these items in Shrines scattered across Hyrule. However, Giant Ancient Cores are a challenge to obtain. That’s why we’ve created this giant ancient core guide on how to collect them!

Luck is on your side if you come across a Giant Ancient Core because they’re an infrequent discovery.  Ancient Cores are power sources used to energize various Guardians, mechanical warriors whose primary mission is to eliminate Link. Giant Ancient Cores are bigger and rarer than regular ones. Another significant difference between the two objects is that the latter has two glowing rings around it.

Giant Ancient Cores are most prized for armor upgrades in Breath of the Wild. Armor upgrades reward Link with unique abilities and improved defense. More specifically, Ancient Armor provides increased protection against Guardians, so your combat with them won’t be as brutal.

Seek one of the Great Faries to upgrade your armor to its fullest potential. You can find all four at these locations:

You must part with 2,000 rupees, 2 Giant Ancient Cores, 20 Ancient Gears, and 30 Ancient Springs to own the Ancient Shield and Bow. They will greatly aid you in a battle against Guardians since these enemies are susceptible to such weapons. That sounds like a bargain to me!

I recommend using Giant Ancient Cores for armor upgrades and buying ancient gear, but there are other ways to utilize these items.

As mentioned before, you can sell a Giant Ancient Core for 200 Rupees at a shop or 100 Mon at Kilton’s Fang and Bone shop. These prices aren’t worth the sacrifice.

Instead of blowing Giant Ancient Cores on low amounts of currency, try these activities:

Cooking a Giant Ancient Core is the worst way to use this item. Avoid this action like the plague since you’ll only receive dubious food in return!

If you travel to the Kochi Dye Shop located in Hateno Village, you can use the Giant Ancient Core to dye Link’s clothes gray. Dying clothing with this item is also a waste since there are several other materials you can use for gray dye. It’s best to use more common things like Bokoblin horns, Moblin fangs, and Lizalfos Talons for gray coloring.

Giant Ancient Cores are hidden in treasure chests and Guardians scattered throughout Hyrule. Finding them can be a hassle, given their irregular drop rate and obscure locations. Here are some essential details for locating these precious objects:

Although Guardian Stalkers are in Gerudo Heights and Eldon Canyon, they are mainly found in the northern part of Hyrule Field and the Hyrule Castle Town Ruins. Meanwhile, Guardian Skywatchers patrol Hyrule Castle, Lomei Labyrinth Island, and Akkala Citadel Ruins. On the contrary, Guardian Turrets only surround Hyrule Castle.

Guardians are formidable robots whose primary mission is to eliminate Link. What’s worse is that they can wipe Link out in one hit with their laser! My heart races when these machines start glowing purple and enter berserk mode.

Knowing Guardians well before attacking them is in your best interest. Take a look at the information below to learn more about these enemies.

Guardian Stalkers are one of the most intimidating foes in The Legend of Zelda: Breath of The Wild. These 6-legged monsters boast a health bar of 1500. They’re also fast for enemies of their size!

If you try to attack a Guardian Stalker head-on, they will quickly distance themselves from you. In my opinion, the agility of Guardian Stalkers makes them the hardest Guardian to escape.

Skywatchers are Guardians that hover using three propellers. They also search the area for Link by continuously scanning a red light along their path. These Guardians can be annoying to defeat since they are airborne and have a health bar of 1500 too.

Unlike the previous Guardians, Turrets have no legs or propellers; therefore, they cannot move. Additionally, Turrets elevate their heads once they’ve spotted Link. They also have extensions on either side of their heads, similar to Skywatchers. Turrets have a maximum health of 1500, making them as resilient as the other Guardians.

How To Fight Guardians

One of the smartest decisions is to bring the right items into battle with you. These include good elixirs, food, armor, weapons, bows, and arrows to make the combat go smoothly. You’ll also need an effective strategy to take down Guardians. Once you have all this down, they won’t stand a chance!

Elixirs grant Link special abilities for some time, which can change the outcome of a fight for the better. All you have to do is cook monster parts with creatures, and you’ve got a life-altering potion!

There are several types of mixtures that you can make, but I found mighty and tough elixirs the most beneficial for fighting Guardians. The former gives Link an attack boost, while the latter offers a defense boost.

Food boosts Link’s abilities and replenishes his health, so unleash your inner master chef before fighting those Guardians! In my opinion, foods with hearty, mighty, or tough effects are the best for fighting Guardians.

I’ve already mentioned how mighty and tough effects work on Link, but you may not know about hearty effects. Hearty food restores all of Link’s hearts and gives him extra temporary hearts. You’ll be able to take a few more hits if you have this type of food with you!

Having a good armor set will come in handy when fighting Guardians! Of course, the Ancient Helm, Ancient Cuirass, and Ancient Greaves are best for defending yourself against Guardians.

You can find this armor set at the Akkala Ancient Tech Lab, but you’ll need a lot of Rupees and Guardian parts to get them.

Head to the shop in Hateno Village to purchase all three armor parts. You can gain a maximum defense of 84 if you upgrade all three to their highest potential!

The best weapons for Guardian slaying are Ancient Weapons. Guardian Scouts usually drop them after their defeat in Tests of Strength Shrines. You may also purchase some at the Akkala Ancient Tech Lab if you have enough Rupees and Guardian parts to spare.

Bring several strong, two-handed weapons into battle if you can’t get your hands on Ancient Weapons. Two-handed weapons generally have a higher attack power than one-handed ones, so I prefer the former. Some examples include Lynel Crushers, Edge of Duality Swords, and Knight’s Claymores.

Bows and arrows are essential when dueling against Guardians. They’ve saved me numerous times when taking these monsters down.

Ancient arrows are best since they can instantly kill a Guardian with a direct hit in the eye. Like other ancient equipment, these impressive arrows are found at the Akkala Ancient Tech Lab. A few treasure chests are strewn across Hyrule with a bundle of these arrows inside as well. You can use regular arrows to defeat Guardians, but you won’t be able to kill them in one hit.

You don’t need a powerful bow to fight Guardians. Something like a Strengthened Lizal Bow or Dragonbone Boko Bow should get the job done.

This strategy made fighting Guardians less stressful for me. It’s easier said than done, but practice makes perfect. Killing Guardians will be a piece of cake once you master this advice!

I hunt Guardian Stalkers for Giant Ancient Cores since they seem to drop more cores than Skywatchers and Turrets. Therefore, this strategy focuses on how to eliminate Stalkers rather than other Guardians.

Once you’ve caught the attention of a Guardian Stalker, you’ll want to use your bow and arrow to shoot it in its eye. This hit will stun the Guardian for a few seconds making its head spin.

After that, you can use a two-handed weapon to perform a charged attack on the enemy. Hold down the “Y” button to unleash Link’s Great Spin Attack while moving around the Guardian. Try to hit the machine’s legs to limit its movement. You’ll have to do this a few times to chop off all legs.

The fight will be easier once the foe is immobilized since you won’t be stressed about being chased! You can finish the Guardian off by continuously shooting it in the eye and using charged attacks.

Question: Is The Giant Ancient Core In Other Zelda Games?

Answer: Yes, Giant Ancient Cores are also in Hyrule Warriors: Age of Calamity. They are rare in this game too!

Answer: You cannot buy Giant Ancient Cores in Breath of the Wild. However, you can buy them in Hyrule Warriors: Age of Calamity.

Question: Can You Get An Giant Ancient Core With An Amiibo?

Answer: Yes! If you scan the Guardian Amiibo, you may get a treasure chest with a Giant Ancient Core.

If you want some of the coolest gear in Breath of the Wild, Giant Ancient Cores are essential. Few Shrines have these cores, so you may feel inclined to destroy Guardians to get some.

Facing Guardians seems frightening, but it doesn’t have to be that way. Just be mindful of what you need when fighting, and use an effective strategy to emerge victorious!